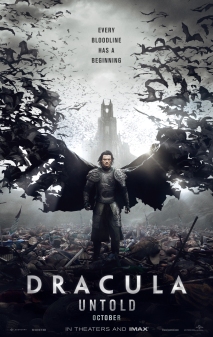 In Gary Shore’s Dracula Untold (2014) Vlad (Luke Evans) must defend his kingdom against the invading Turks led by Mehmed (Dominic Cooper). Mehmed is driven by a desire to conquer other lands and expand his empire. For the real Mehmed of history, the desire for conquest was rooted in the doctrine of jihad.

Mehmed II, also known as Mehmed the Conqueror, was the sultan of the Ottoman Empire from 1444 to 1446 and from 1451 to 1481.1 In 1453, he conquered Constantinople, the capital of the Byzantine Empire, and renamed it Istanbul.2 Mehmed boasts that after he kills Vlad he will take his son on his “march into Europe.” This is true to history: He undertook many campaigns and expeditions including the Balkans and southern Italy.3 Although he failed in his siege of Belgrade in 1456, he later conquered Serbia and Athens, Greece.4 The military ambitions of Mehmed II ended with his death in 1481.5

Mehmed II was a conqueror because he believed in violent jihad. For Mehmed, “the non-Muslim world was ‘war territory’ ordained by the Koran to be subjected.”6 He said that “the ghaza (Holy War) is our basic duty, as it was in the case of our fathers.”7 The doctrine of jihad is based on verses in the Qur’an. Four of these verses include

For moderate Muslims, violent jihad is only permitted “in self defense, when other nations have attacked an Islamic state, or if another state is oppressing Muslims.”12 Moderate Muslims believe Islam is a religion of peace. They have no desire for conquest, and want to live in peace with non-Muslims. However, radical Muslims believe the “sword verses have abrogated (revoked or annulled) the verses that permit warfare only in defense. They [use the] sword verses to justify war against unbelievers.”13 As David Bukay explains, “The Qur’an is unique among sacred scriptures in accepting a doctrine of abrogation in which later pronouncements of the Prophet declare null and void his earlier pronouncements.”14 Radical Muslims believe the Qur’an teaches them to conquer other nations because of the doctrine of abrogation.

The doctrine of abrogation is based on verses in the Qur’an including 2:106: “We do not abrogate a verse or cause it to be forgotten except that We bring forth [one] better than it or similar to it.”15 Abrogation explains the apparent contradictions in the Qur’an. Earlier verses advocate peace, while later verses call for holy war. As circumstances in Mecca and Medina changed, Allah gave Muhammad new revelations that cancelled and replaced earlier commandments.

While Dracula Untold reveals many aspects of Vlad’s Christian faith and culture, there is no mention of Mehmed’s Muslim faith. This appears deliberate to avoid the controversy of suggesting that Islam is a religion of conquest. The historical reality, however, is that Muslim rulers, acting on their faith, have conquered other cities and nations. In the 15th century, Mehmed II believed the teachings of the Qur’an justified the expansion of the Ottoman empire throughout Europe and Asia. If he were alive today, he would be considered a radical Muslim.