Skip to content
A princess falls in love with a vampire. 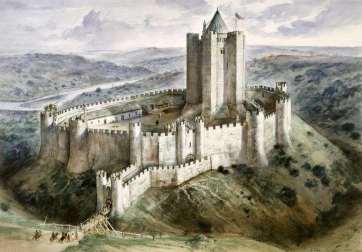 When Princess Margaret was a young girl, her mother taught her: “Always respect and honour other cultures. If you do this, you will be a Queen who is loved around the world.”

Margaret followed her mother’s teaching, and whenever she travelled to other lands, or received visitors at her castle, she tried new types of food, wore new styles of clothing, and learned about other traditions, values, and beliefs.

As Margaret grew older, she wanted one thing more than anything else: to marry a Prince from another land whose culture was different than her own.

When Margaret became a young woman, a Prince from a kingdom across the sea came to visit her castle. He was tall and thin with pale skin, and Margaret was mesmerized by him. She did not know that the Prince, whose name was Renaldo, was a vampire.

The Prince visited her each evening, and they talked until late into the night. Rumours spread throughout the castle that the Princess was in love.

On his third visit, Renaldo brought Margaret a bouquet of black roses.

“Thank you, Renaldo,” Margaret said, “but no one has died.”

“Where I come from,” Renaldo explained, “black roses signify a new beginning.”

The Queen had her doubts about Renaldo. “He seems kind of odd, and sickly looking,” she told Margaret. “Are you sure he is the right man for you?”

Margaret’s face was beaming. “As soon as I saw him, Mother, I fell in love. If he proposes to me, I want to marry him!”

“If you love him, then you have my blessing. Love is all that matters.”

The next day, Margaret’s wish came true. Renaldo got down on one knee and asked her: “Will you marry me, Margaret?”

“Yes!” Margaret cried, and she hugged and kissed him, and ran her fingers through his long black hair.

“You make me happier than any man alive!” Renaldo said, and a drop of blood fell from his right eye, which he quickly wiped away.

“We’ll have the largest wedding ever,” Margaret said, as she twirled and danced about the room.

“Whatever you wish,” Renaldo said with a smile. “But I do ask that you honour one of my cultural traditions.”

“The wedding ceremony must be held after the sun goes down.”

“Okay. Are there any other traditions you want to observe?”

“No. Everything else can be according to your desire.”

The next day, Margaret planned the wedding. She invited hundreds of guests, and a month later, the ceremony was held in a church. Margaret wore a white wedding dress, and Renaldo wore a black suit with a dark red carnation.

After the ceremony, there was a feast in a large hall.

When Margaret and Renaldo sat down at the head table, they were each brought a plate of food: roast beef, sweet potatoes, broccoli, carrots, and gravy.

“Where I come from,” Renaldo said, “the bride and groom do not eat on the night they are married. Their love for each other sustains them.”

Margaret frowned. “I don’t think I can follow that tradition. I’m starving!”

“Don’t deny yourself on my account. It’s part of my culture, not yours.”

Margaret ate two full plates of food, and after everyone was fed, a band of musicians entered the hall. The bride and groom danced, and the wedding party went on until midnight.

When the clock struck twelve, Renaldo and Margaret said farewell to the remaining guests. Then Margaret hugged her mother goodbye. “I will miss you, Mother.”

“The next time I see you,” the Queen said, with tears streaming down her face, “I hope you will have a new life within you.”

After wiping away her tears, the Queen turned to Renaldo and said, “Take good care of my daughter.”

“I will make her happy forever,” Renaldo promised.

Renaldo picked up Margaret and carried her to his coach. When they were both inside, the driver closed the door, and they drove all night until they reached a port where Renaldo’s ship was docked.

Renaldo and Margaret boarded the ship, and the ship set sail.

Standing on the deck of the ship, Renaldo said to Margaret: “Among my people, it is a tradition that the bride and groom separate for one week after the wedding ceremony.”

“What? No,” Margaret said sadly. “Where I come from, the bride and groom make love on their wedding night. Sometimes even twice!”

“We will make love as soon as we arrive at my castle,” Renaldo assured her.

He escorted Margaret to her room on the ship, and then he kissed her. “If you need anything, just call for the Captain.”

A week later, the ship reached its destination. The ship landed at night, and Margaret and Renaldo took a coach to his castle. Renaldo carried Margaret through the castle doors, and still holding her in his arms, he ran up the stairs to his bedroom.

But when Renaldo opened the bedroom door, Margaret could not believe her eyes. In place of a bed, there was a coffin.

“Where are we going to sleep?” she asked.

“Among my people,” Renaldo explained, “it is a tradition that the bride and groom sleep in a coffin. Today is the beginning of our new life together, and by sleeping in a coffin, we are reminded of our mortality.”

Margaret took off her wedding dress. Renaldo took off his suit, and they snuggled together in the coffin.

“My dear,” Renaldo said, “would you mind if I nibbled your neck?”

“Nibble away!” Margaret said excitedly. “Where I come from, a girl loves to get a hickey.”

Renaldo gently bit Margaret’s neck, and she cried with delight. Then he bit deeper and struck a vein.

“Renaldo!” Margaret cried. “That hurts!” Then she touched her neck. “Oh, my God! I’m bleeding.”

“Do not be alarmed,” Renaldo said. “Among my people, it is a tradition that the bride and groom taste each other’s blood before they make love.”

Renaldo bit again into Margaret’s neck and sucked more of her blood.

But Renaldo did not stop. He bit deeper into her neck and sucked more and more of her blood. Margaret struck Renaldo with her fists, but his bite was so strong, she could not break free.

When Renaldo had his fill of Margaret’s blood, he said, “Now, Margaret, you must taste of my blood, and we will both become one.”

Renaldo opened his mouth, and Margaret stared at his fangs and screamed. “Are you going to murder me?”

Renaldo bit into his wrist and said, “Please drink my blood, and we will be one.”

Margaret felt so weak from the loss of her blood, she knew she could not resist him. “I will honour your tradition,” she promised. “I will become a vampire like you.”

“Nothing would make me happier!” Renaldo said, his teeth dripping with blood.

“But first,” Margaret explained, “it is a tradition with my people that the bride gives the groom a lock of her hair before they become one.”

“I will get a knife,” Renaldo said, and he left the room. A few minutes later, he came back with a knife. Margaret cut a lock of her long red hair and gave it to Renaldo.

“When I was a little girl, my mother taught me to honour and respect all cultural practices.”

“Your mother is a wise woman,” Renaldo said with a smile.

“No,” Margaret sighed. “My mother was wrong.”

Then Margaret drove the knife into Renaldo’s heart. “Your culture is evil! You’re a monster, Renaldo!”

Margaret twisted the knife, drove it deeper into his chest, and the vampire fell dead on the floor. Then suddenly, his body decayed and became ashes and dust.

Soon after, a male servant came and carried Margaret out of the room. He laid her in a bed and bandaged the wound on her neck.

“Thank you for destroying him,” the servant said, and he explained to Margaret how Renaldo had sucked the blood of all his servants, and many had died.

When Margaret recovered from her loss of blood, she was crowned Queen of the castle. She ruled her kingdom with justice and mercy, and all the people loved her.