A fable about why people lie. 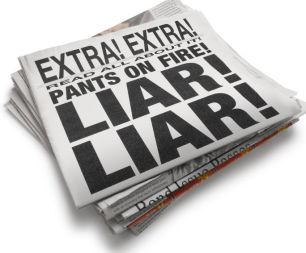 A farmer hired a young man to guard his sheep at night. He told him: “It’s a really easy job. Just sit and watch the sheep.”

But the young man had a weakness: He loved to drink, and one night he drank too much wine, sat against a haystack in the center of the field, and fell asleep.

When he awoke at sunrise, he smelled like a sheep, and his head pounded like a thundercloud. After counting the flock, he threw up. Three sheep were missing, and he found wolf tracks in the mud!

The young shepherd went to the farmer and said, “A pack of wolves killed three sheep last night, but I couldn’t shoot them. My rifle jammed.”

“Hunt them down,” the farmer ordered him, “or pay me for the sheep that you lost.”

The wolf tracks led into the forest adjacent to the field, and the shepherd searched all day. As the sun was setting, he came upon a pack of wolves and raised his rifle.

“Don’t shoot us!” the leader of the pack pleaded. “What have we done to you?”

“You killed three of my sheep!” the shepherd said, his face red with anger.

“We did no such thing,” the wolf calmly replied. “We only eat wild animals, not sheep.”

And so, the shepherd, not having any proof that the wolves killed the sheep, lowered his weapon. He didn’t have the heart to kill an innocent pack of wolves. Breathing a heavy sigh, he returned to the farmer and paid him for the three sheep that he lost.

That night, the shepherd was so exhausted from hunting all day that he sat against the haystack, and fell into a deep sleep again. When he awoke at sunrise, three more sheep were missing. Then, to his great dismay, he found fresh wolf tracks in the mud.

The shepherd went to the farmer and said, “I was so tired from hunting for the wolves that I fell asleep last night. And now three more sheep are gone.”

The farmer, who had no patience for incompetence, gave him an ultimatum: “Hunt down the wolves that did this! If you can’t find them, don’t bother coming back to work tonight.”

The shepherd left at once, searched the forest all day, and as the sun was setting, he found the remains of a sheep. When he walked further, he came upon the same pack of wolves and raised his rifle.

“Don’t shoot me!” the leader of the pack pleaded, his tail held low. “I’m innocent!”

“You lied to me!” the shepherd yelled. “I found sheep bones not far from here.”

“I did not lie,” the wolf replied. “But after you left, I learned that a member of our pack attacked your flock. He is guilty, not us.”

The leader of the pack pointed to the guilty wolf, and the shepherd shot him. Then he cut off its tail and took it to the farmer.

“I shot one of the wolves,” he told the farmer. “But the rest ran away.”

The farmer frowned. “If any more wolves kill my sheep, you’re fired!”

That night, the shepherd sat against the haystack while watching the flock. He thought about owning his own sheep farm one day and closed his eyes.

An hour later, the pack of wolves appeared at the edge of the forest. But the shepherd saw them. He was only pretending to be asleep.

When the wolves came in closer for the kill, the shepherd sprang to his feet and raised his rifle.

“You’re a liar!” he said to the leader of the pack.

With his tail held high, the wolf replied, “If I told you the truth, you would have killed me.”

The shepherd thought for a moment, and said, “Yes, I would do the same thing—if I were a wolf.”

Then he shot the leader of the pack, and the rest of the wolves fled into the forest.