Anne refuses to have premarital sex for three reasons: to avoid a pregnancy, to increase Henry’s desire for her, and to give him an incentive to marry her. 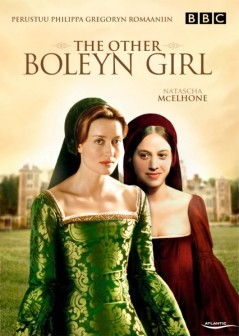 In Philippa Lowthorpe’s The Other Boleyn Girl (2003), Anne Boleyn (Jodhi May) wants to marry King Henry VIII (Jared Harris) and become Queen of England. Although Henry wants to have sex with Anne before they are married, she refuses for three reasons: to avoid a pregnancy, to increase Henry’s desire for her, and to give him an incentive to marry her.

Anne’s refusal to sleep with Henry is not because of any moral objections. She previously had sex with Lord Henry Percy (Oliver Chris) when he promised to marry her. Instead, her concern is the risk of a pregnancy, which would prevent her from becoming queen. A year earlier, her sister Mary (Natascha McElhone), a married woman, was Henry’s mistress, but after she became pregnant he abandoned her. Anne tells Mary: “I do not intend to be the king’s whore. I will be his queen.” In 16th century England, a king could never marry a woman who had a child out of wedlock.

A second reason Anne refuses to have sex with Henry is to increase his desire for her. She also flirts with him, kisses him, and dresses provocatively to entice him. Her refusal to have sex is a risk because Henry could move on and pursue another woman; however, Anne’s gambit pays off: Henry desires her even more and falls in love with her.

Anne’s actions show how a woman can test a man’s love for her. If a woman doesn’t want to have sex before marriage, and the man she loves leaves her, it proves that sex was more important to him than a relationship. If he loved her unconditionally, he would be willing to wait.

Anne is unable to make Henry wait until their wedding night to make love, but she does make him wait over two years, just prior to their wedding. This shows how delaying sex can give a man an incentive to get married. Anne’s decision to remain chaste motivates Henry to annul his marriage to Catherine of Aragon (Yolanda Vazquez). If Anne had slept with Henry right away, he would have had no reason to annul his marriage. She would have been his mistress but never his wife.

In the end, Anne’s marriage to Henry implodes because it wasn’t founded on companionship. Anne married him because of her ambition to be queen, and Henry married her so she could bear him a son. He claimed he loved Anne, but he was not faithful to her. Anne should have known that a man who would have an affair with her sister would also cheat on her.